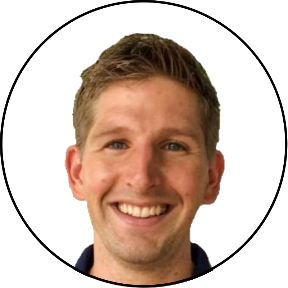 Coached teams at the Jefferson Cup, Annandale Cup and the Disney College Showcase.

Assistant Director of Coaching for DTS for 8 years in which he developed soccer curricula, taught coaches to train players at various levels of soccer abilities and ran both the futsal and summer select programs.

Board member and Coach for U12 and U14 programs for a top amateur program that develops players to become first team players in the Netherlands.

Coach Vloedgraven has been involved with many different clubs and teams in Central Jersey since moving to New Jersey. These teams competed at different levels from U9-U23. Many of them have been very successful making in to State Cup finals, winning local tournaments and prestigious out of state tournaments and coaching teams that competed in the Jeff Cup, Annandale Cup and the Disney College showcase. Coach Vloedgraven spend 8 years with DTS in Somerset, NJ where he was the assistant director of coaching for the organization. In that role Coach Vloedgraven gained extensive experience in soccer curricula creation and training coaches for developing young players just starting out through to the highly skilled. He also ran both the futsal program and the summer select program as part of his responsibilities over the last several years.

Before moving to the US, Coach Vloedgraven spent numerous years as a player and coach at a top amateur program near his hometown Deventer, the Netherlands. As a coach he was in charge of the U12 and U14 program and part of the board of technical directors. In this role, he was responsible for the program development of the Club and the development of the individual players to help them reach their goal of becoming first team players. As a player, he spent 3 years as part of the first team after going through the ranks of the youth system at 1 of the highest levels of amateur soccer in the Netherlands.